When most people think of hospitals and doctors’ offices, they think of a place to go to get better from an illness or injury. When employees go there, however, they might think of it as a dangerous place where they might actually sustain a serious injury. A recent study found that healthcare workers are more likely to suffer musculoskeletal injuries than those working in any other field. Specifically the report found that nurses, nurses’ aides, orderlies and attendants are the ones who tend to get hurt the most.

These injuries aren’t insignificant cuts or bumps either. They are often serious, expensive injuries which can be caused by accidents, or un-safe patients coming into their work area. The injuries in this field are costing the US billions of dollars per year, according to the study:

Those injuries cost the U.S. about $7 billion each year, according to the Public Citizen report, which was written by Keith Wrightson and Taylor Lincoln, both of the organization’s Congress Watch division.

While certain healthcare jobs are inherently dangerous, such as working in an emergency room or other fast paced environment with many unpredictable situations, there appear to be other causes to these injuries as well. There are fewer safety inspections at healthcare facilities when compared with manufacturing companies, even though the total rate of injury is higher in the medical field.

The report showed that construction and manufacturing facilities are inspected for safety far more often than hospitals or doctors office, despite having a safer overall record. This may be, at least in part, due to the fact that when people are injured at a factory it is more likely to be serious or even fatal. In 2010, for example, 774 construction workers died at work compared to 141 healthcare workers, despite the fact that there are nearly twice as many total health care workers.

Whatever the cause of these injuries, it is important that management in the healthcare industry take the time to look at these concerning numbers. It is impossible to eliminate all accidents at work, and it is especially difficult in unpredictable situations such as those found in hospitals. Despite these challenges, it is still important to take steps to eliminate accidents and injuries whenever possible.

Taking the time to look at the causes of all accidents in a healthcare facility, and seeing if there is anything that can be done to keep it from happening again is very important. If, for example, it is discovered that slip-and-fall accidents are common due to the fact that fluids are often spilled in the rush to provide emergency medical treatment, a hospital could consider installing flooring which retains traction even when wet. They could also consider requiring those working in the area to wear special shoes to get the same results. A healthcare Kaizen event is another great way to help find better ways to keep healthcare employees safe. This requires management support and training to execute a successful Kaizen.

Working in the healthcare field is always going to be dangerous given the fact that the workplace is filled with a wide range of hazards including sharp instruments, dangerous materials and unpredictable patients. That doesn’t mean, however, that nothing can be done to improve safety. By taking necessary steps to keep people safer in the workplace, hospitals and other facilities will be able to limit their financial exposure, and protect the people working in these important roles.

Previous post Are We the Biggest Threat to Workplace Safety? 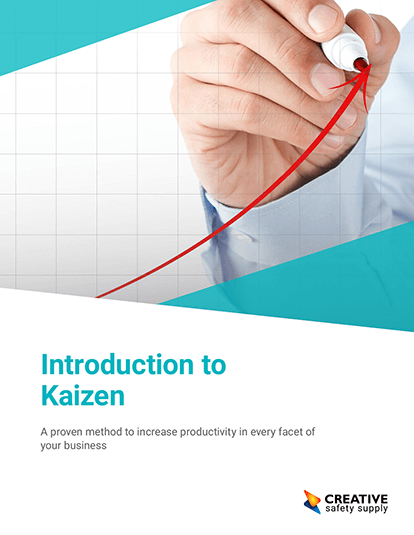