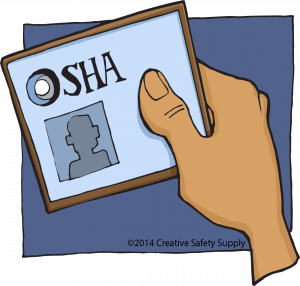 The Occupational Safety and Health Administration (OSHA) has put forth a proposed rule that will require many employers to track injuries and illnesses electronically on a new system. If approved, the rule will require this type of reporting take place at least every quarter. For employers with 250+ employees, the website where the data will be sent will be viewable by the public.

Many people think that OSHA is going too far with this proposed change, indicating that it will place an undue burden on employers, and will provide the public with information that they shouldn’t necessarily have. When looked at closer, however, it seems that the requirements being proposed really aren’t going to be difficult for employers to implement, and in many cases it will actually make the record keeping easier.

In addition, there are some exceptions to the rule, so employers that would have difficulty implementing the change may be except anyway. The rule would actually only apply to companies that meet one of the following three categories:

One important thing to note about this proposed rule change is that, for many of the employers, it is only requiring that they change their reporting methods from the existing option to the new, electronic systems. While this will require some additional training and work on the part of the employers, it could very well save them time and effort in the long run.

Many people (and businesses) are slow to adopt new technologies, but once they are in place, they find that they are very beneficial. It is very likely that, for some employers at least, this will be the case for this rule, if it is adopted.

The type of technologies used in this type of reporting and tracking has come a long way over the past several years, making this proposed change much less troublesome for most employers.

Under the proposed new rule, the data that is being collected will be used in a variety of ways. One significant change is that much of the data which was once only available to the employer who submitted it, will now be available to the public. This will help people be more aware of workplaces where they are at a higher risk of accident or injury. This can also help encourage employers to improve the safety in their facility, as a way to attract more talent to their company.

Of course, the public information will not have information that can be used to identify the individual who experienced the accident or injury, so that it won’t have privacy concerns. Another benefit to this public system is that employees can see the employer’s records, without having to ask permission for it. They can almost immediately see what type of safety record their employer has, which could put additional pressure on employers to put a larger emphasis on workplace safety.

The proposed rule change, which was submitted on November 8, 2013 will be open to receive public written comments until February 6th, 2014. There will also be a public meeting to discuss the proposed changes. This meeting will take place in Washington, DC on January 9th, 2014.